This show, which debuted for the first time at the Teatro Parenti in Milan in 2012, was the first point of arrival of the theater workshop active in San Patrignano in 2010 under the guidance of the director Pietro Conversano. 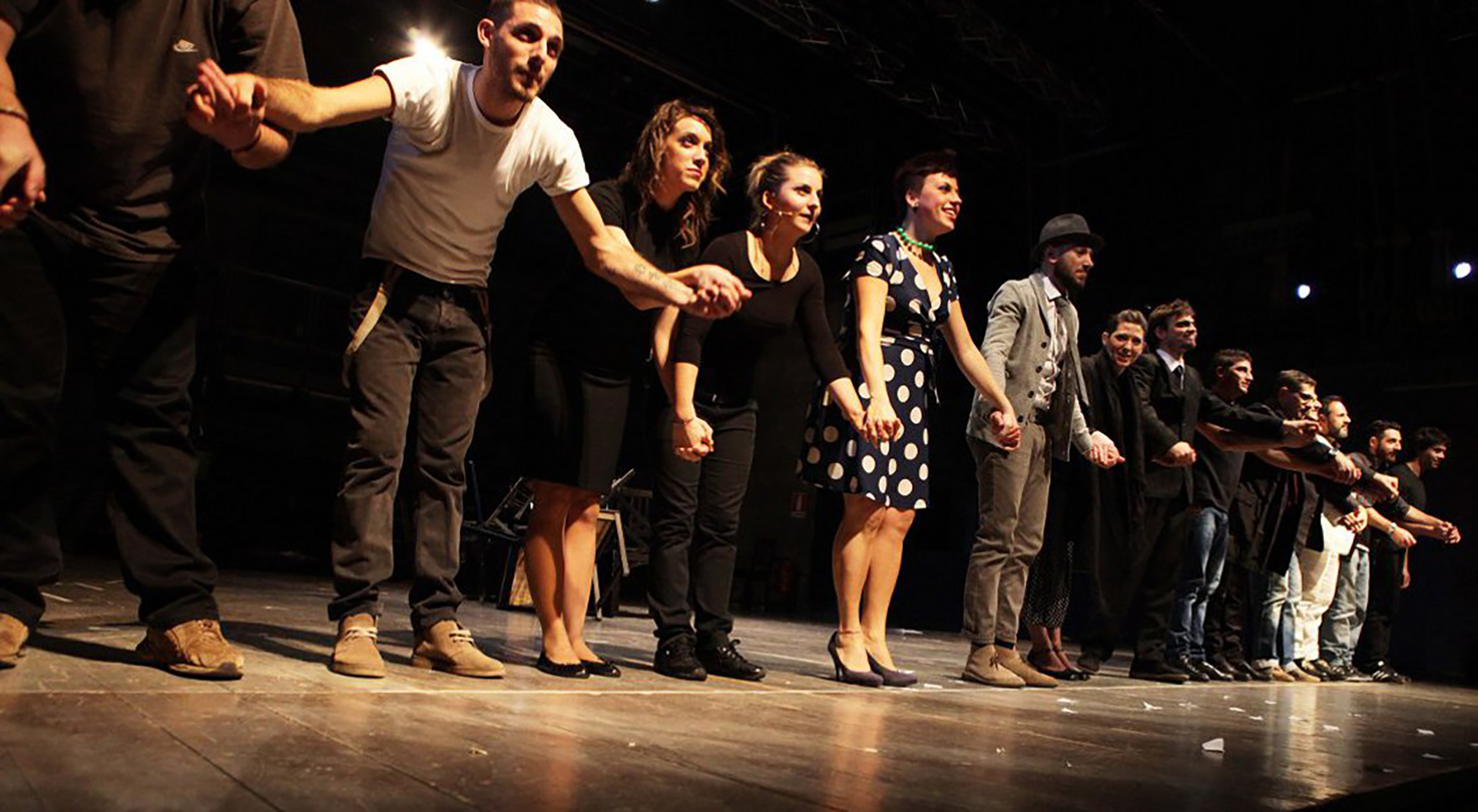 by Luigi Pirandello
with

This show, which debuted for the first time at the Teatro Parenti in Milan in 2012, was the first point of arrival of the theater workshop active in San Patrignano in 2010 under the guidance of the director Pietro Conversano.

From here, a growth path in 2013 has achieved another important goal: to create a real stable company, for two years in this theatrical circuits of the national territory under the name of ‘Compagnia di San Patrignano’.

Today composed of 20 boys, after bringing on many prestigious stages, including the Piccolo Teatro of Milan, the Teatro Olimpico in Vincenza, the Teatro Biondo in Palermo, the Teatro Cucinelli in Solomeo, the ‘Hamlet productions went from here’ adapted from Shakespeare’s Hamlet and ‘Poor Francis’, written and directed work by the same Master of the boys Pietro Conversano, the Company proposes for 2016 the Pirandelliana operates in an adapted version for choir and soloists, combining a symbolic gift that you want Luigi Pirandello do in the eightieth anniversary of his death, to the preparatory work of the laboratory that has the characteristic to be continually renewed.

Così è… (se vi pare!) become a training tool for a company that is located in renewed formation, where young people coming out of the group and the community because it arrived towards the end of their path to recovery, have occasion to leave the witness and share their theatrical experience lived in community with the newcomers in the laboratory, transferring skills, roles and even emotions.

The choice also of this proposal, finds meaning in the belief that convey culture in a place where the discomfort is fought, is an additional tool for rebirth. A text in which to develop questions and reflections.

The work is in fact centered on a subject very dear to Pirandello: the multitude of aspects that can take the truth.

And for Pirandello absolute truth does not exist! And that’s the real message that seems to send us with this work. He depicts the eternal enigma of life and man in all its infinite complexity, but leaves it to the viewer to grasp alone what is the meaning of what he sees. In the epilogue you do not find the solution to the dilemma that this work poses to all audiences, but you will find only what every viewer will believe.

The Website uses analytical and profiling cookies, including those of third parties, such as the intersection between information collected through different functionalities of the website, in order to collect statistical information on users which is useful for sending advertisements in line with their preferences expressed while web browsing. If you want to learn more click here. If a user continues browsing by accessing another area of the website or by selecting an element of the same (for example, an image or a link), these actions demonstrate his/her consent to the use of cookies.
REFUSE
ACCEPT